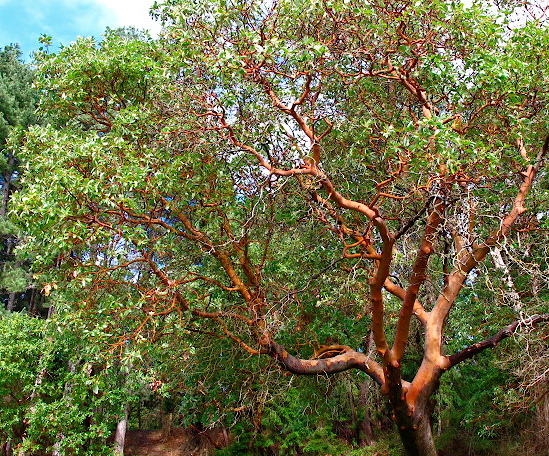 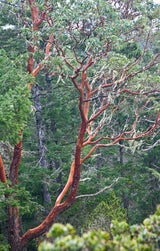 The Pacific Madrone is easily identifiable by its striking cinnamon-brown reddish bark that gradually peels away layer by layer to reveal bark beneath that is both smooth and a brilliant array of colors including copper, red, and pale-green. Pacific Madrone is a broadleaf evergreen whose glossy green leaves, colorful bark, and bright orangey-red berries provide a striking contrast to the standard winter hues. Both the berries and bark are edible and used medicinally. The berries can be consumed raw, or in varying preparations; dried, as jam, fruit leather, in pies, etc. The bark can be steeped into a tea that has been described as having notes of fruitiness, cinnamon, and mushrooms.

*Suitable on southern slopes, rocky outcrops, forest openings, sea-side cliffs, on a bluff, or alongside other NW natives. The tree can be used in yards as an ornamental and kept small by pruning.

Sold out
Add to Cart